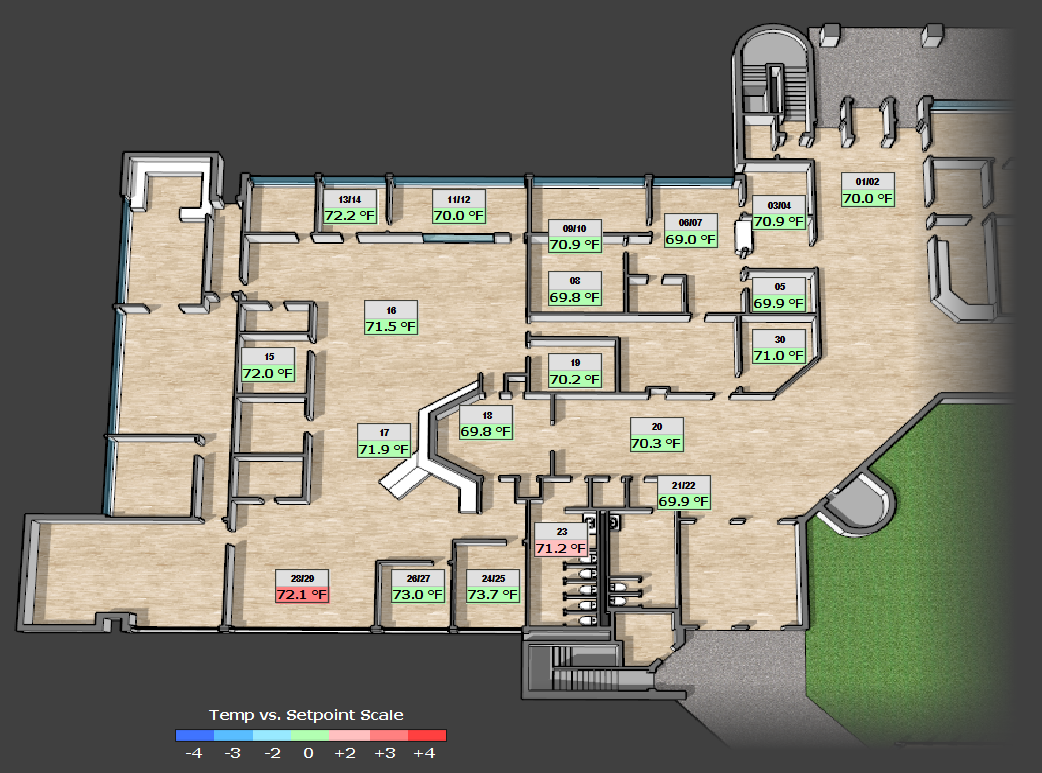 Storer Services was contracted to provide HVAC controls for the Bossier Civic Center and the City Municipal Complex. The Civic Center was selected to be the first building to receive controls because it was the single highest energy consumer within the City of Bossier. The facility houses 3 chillers that serve all of the city complex buildings. Storer integrated controls for the 2 boiler plants, 7 air handling units, 7 fan coil units and many VAV boxes. Next the Municipal Complex was added which included over 100 new dual duct VAV boxes and 5 large air handling units. Tridium’s Niagara software was implemented on this site as the buildings front-end and graphical interface.

Storer has measured the energy spend data and verified the utility usage and consumption. In the four months after completion, 15% electrical reduction has been proven. This controls project should have a two and a half year payback. The City of Bossier currently has a Client Services agreement with preventive maintenance. To date from January 2014 to September 2015, the City has saved over $112,000.